NEW! South Africa - a birding tour of the Western and Eastern Cape

South Africa is a large country which hosts an abundant and diverse range of wildlife. This is predominantly a birding tour based in the Western and Eastern Cape Provinces, and our key objective is to amass a big birdlist, including as many as possible of the 34 national endemics. On this exclusive, carefully planned tour we not only cover an astounding array of birdlife in myriad habitats, we also spend time on safari for important and hard-to-see mammals, and visit one of the world's most memorable locations for a pelagic birdtrip, featuring many seabirds and perhaps Southern Right Whale. We visit a wide range of habitats in three key climatic regions, without travelling huge distances.

We begin this superb trip birding around the Cape Peninsula in the Fynbos, a region of natural heath and shrubland which is one of the most distinctive habitats of South Africa. Endemic and highly desired species include Cape Sugarbird, Cape Rockjumper, Ground Woodpecker and African Penguin. If the weather is suitable, we include a brilliant pelagic trip to see petrels, shearwaters, albatrosses and cetaceans, one of Southern Africa’s ornithological highlights.

From the Cape, we head north up the Atlantic coast to the magnificent Langebaan Lagoon, where we search for desirable species including Black Harrier and Southern Black Korhaan. We then head for the wild, rugged, dramatic and breathtakingly beautiful landscape of Cederberg to explore the arid Tankwa Karoo in search of rocky and gravel plains specialists.

Our next base is Swellendam, from where we explore the Bontebok National Park and De Hoop Nature Reserve to look for iconic species including Blue Crane, Denham’s Bustard and Cape Vulture. Heading eastwards birding as we go, we enter The Garden Route National Park, switching from arid to somewhat more verdant surroundings, where forest birding and woodland species come to the fore. The Addo Elephant National Park will provide an exciting climax to our holiday, as we undertake both day and night safaris to find rare and hard-to-see mammals including Lion, Leopard, Cheetah, Caracal, Spotted Hyena, Black Rhinoceros, Aardwolf, Honey Badger, Caracal, Porcupine and perhaps Aardvark.

Combined with wonderful cuisine, wine and the advantages of an excellent tourist infrastructure, this is planned as a full and rewarding South African wildlife experience.

Early in the tour and if the weather is suitable, we plan a pelagic voyage into the southern oceans for one of South Africa’s ornithological highlights. Seabird trips off Cape Town are famous worldwide, and among the species we might encounter are Northern Royal, Black-browed, Shy, Atlantic Yellow-nosed and Indian Yellow-nosed Albatross (with an outside chance of Wandering, Grey-headed and Southern Royal Albatross), Northern and Southern Giant-Petrel, Spectacled, Cape and White-chinned Petrel, Antarctic Prion, Great Shearwater, Wilson’s Storm Petrel, Cape Gannet and Brown Skua. Feeding birds are attracted to fishing trawlers and if we find one, several thousand seabirds can be on view at once – a memorable spectacle! We also hope to see Cape Fur Seals and Southern Right Whale, the shallow waters off False Bay well-known for calving females at this time of year. We stay at Whale View Manor Guest House for three nights and may even see whales from our hotel rooms!

Days 5 and 6:  Mon 4 and Tues 5 Sept                                   West Coast NP
Heading up the Atlantic Coast, we enter the West Coast National Park 120 miles north of Cape Town. Roadside birding within the Park can be rewarding and we hope for good views of Southern Black Korhaan, Cape and Grey-winged Francolin and perhaps our first Common Ostrich. We visit Langebaan Lagoon where on tidal mudflats African Spoonbill, South African Shelduck and large numbers of migrant waders can be easily observed from well-positioned hides. Species including Curlew Sandpiper, Little Stint, Ruff, Greenshank, Marsh and Wood Sandpiper and many more should be abundant, with both Chestnut-banded Plover and White-fronted Plover special targets.

Days 9 and 10: Fri 8 and Sat 9 Sept       Bontebok NP and De Hoop NR
The south coast offers new opportunities and based at Swellandam in the foothills of the Langeberg Mountains, we are well positioned to explore two of its premier reserves. The Bontebok National Park is the smallest in South Africa and was established in 1931 to preserve the Bontebok (an antelope) which at the time had declined to perilously low numbers. Bordered by the Breede River, species here and in nearby farmland can include African Black Duck, Denham’s Bustard, Giant Kingfisher, Aghulhas Long-billed and Large-billed Lark, Cape Clapper Lark, Quail Finch and Yellow Canary and as expected, it is a good place to see Bontebok with roughly 200 animals present.

Day 11: Sun 10 Sept    Grootvadersbosch NR and transfer to Outshoorn
In the morning, we enjoy a few hours at Grootvadersbosch Nature Reserve, a 250 hectare wildlife-rich site of indigenous forest, a habitat we haven’t yet explored. New birds could include eastern specialities such as Narina Trogon, Olive Woodpecker and Victorin’s Warbler. We might also see White-rumped Swift, Pearl-breasted and Greater Striped Swallow, Greater Honeyglide, Amethyst and Black Sunbird, African Dusky and Fiscal Flycatcher and raptors including Forest Buzzard, Black Sparrowhawk and perhaps rare Cuckoo Hawk.

Later, we transfer east to Outshoorn, a town with a strong history of Ostrich farming. Some roadside birding stops will break up the journey as we drive through an area known as 'Little Karoo'. We look out for raptors including Secretarybird, Verreaux’s and Booted Eagle, Jackal Buzzard, Black Harrier, Yellow-billed Kite and others, plus Sentinel Rock Thrush, Mountain Chat and Pale-winged Starling. Overnight Thorntree Country House.

Set against a spectacular backdrop of the Tsitsikamma Mountains, Storms River Rest Camp offers more birding opportunities. Species in these coastal habitats, on lakes or watercourses might include African Finfoot, Cape and White-breasted Cormorant, Yellow-billed Egret, White-backed Night-Heron, Purple Heron, African Fish Eagle, African Black Oystercatcher, African Rail, Giant, Pied, Malachite and perhaps Half-collared Kingfisher. Mammals will be less prominent during our two days here, though could include Blue Duiker and Cape Clawless Otter. Aside from birding, the 77 meter suspension bridge above the rusty-coloured waters of the Storms River is well worth a visit, not least for its views in every direction including beneath your feet! We stay at Storms River Mouth Rest Camp for two nights.

Days 14 - 16:    Wed 13 Sept - Fri 15 Sept                        Addo Elephant NP
Set in the enchanting Eastern Cape Province, the Addo Elephant National Park is the third largest in South Africa. This finely-tuned ecosystem has expanded greatly in recent years to contain a variety of habitats, having been established initially to preserve the last thicket vegetation, essential in preserving the survival of the rapidly declining African Elephant population. We have three days to enjoy the National Park, and with unforgettable 4x4 safaris and night drives, big game will very much be in our sights. An impressive 95 species of mammal have been recorded, including 22 carnivores, and we hope to see Lion, Leopard, Cheetah, Caracal, Spotted Hyena, Aardwolf, Bat-eared Fox, Cape Buffalo, Black Rhinoceros, Eland, Kudu, Red Hartebeest, Bush-pig, Porcupine with chances of Wild Dog, Honey Badger and Aardvark too.

Depending on flight times, we might have some time to enjoy the wildlife of Addo one last time before transferring to Port Elizaebeth for our overnight flight back to the UK on Day 18:  Sun 17 Sept 2023.

Special thanks to Matt Prophet and Leon Marais for use of their images on this page. 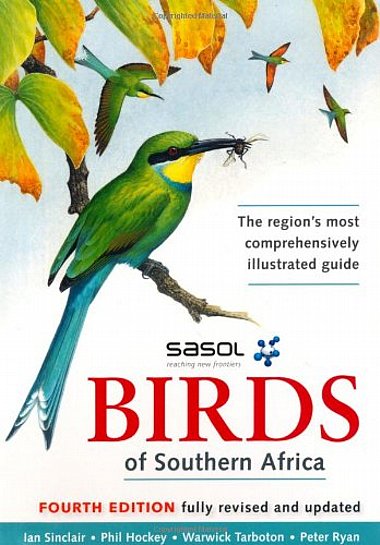 Accommodation is in excellent and friendly hotels and lodges, often located in areas with expansive views where wildlife may be seen. Rooms are comfortable, clean and attractive with en-suite bathrooms. All hotels have been especially chosen for their location, accommodation and food, which are universally very good, and often exceptional.

Food is usually plentiful. Breakfasts offer a good choice, with tea, coffee, juice, fruits, pancakes, eggs of your choice and other things depending on location. On this tour we often plan to be out early, returning for breakfast (on some days not finishing our meal until mid-morning) and as such lunches will be purchased from supermarkets/garages as we travel or depending on the day’s plan. Evening meals are at the accommodation with a full or buffet dinner. Vegetarian and other diets are always available.

Walking is easy throughout, but can be restricted in the national parks and game reserves. This is no hindrance, as we will be safe and able to get up very close to many animals and birds. At times it is also important for safety reasons to stay close to if not inside the vehicle – remember we are not top of the food chain here!

Cape Pelagic Trip is weather dependant and will require calm seas. If cancelled we will attempt to reschedule, though please be aware this may not be possible if we are moving to a new location. If cancelled there may be opportunities to sea-watch from land as rough conditions can bring seabirds closer to shore.

Weather will be warm to hot most days although it can sometimes be cool, especially at altitude, in desert habitats and also in the early mornings. You will probably experience 'dry heat', though rain is certainly possible. Most sites selected for this holiday are close to water and so should hold plenty of wildlife at the time of year we are visiting.

Insects There can be a few biting insects at this time of year so precautions are always advised. Before travelling consult your doctor about suitable anti-malarial medication, and on arrival take adequate precautions against mosquito bites, although you may not encounter mosquitos.

Clothing We recommend a mixture of light and warm clothing as temperatures will vary from place to place. Gloves and hat are advised especially when at altitude. Please bring waterproof clothing, hopefully it won't be needed but rain is possible at any time.

Other birding and wildlife holidays in South Africa