A Massive birdlist including many East African endemics

Kenya has the second highest birdlist for any African country with over 1000 species, and on this tour we expect perhaps 450 of these, including many of the most sought-after Kenyan and regional endemics during a birding spectacle to treasure, as we visit many of the country's top sites. Specifically designed for the keen enthusiast, this tour is an exceptional Kenyan birding safari.

Key habitats and locations have been selected to give you an opportunity to visit many remote and bird-rich places. Our tour includes both soda lakes and freshwater lakes at Naivasha, Nakuru, and Baringo, both high and low altitude grasslands, bush and standard savannah woodlands including fabulous Samburu, mountainous ecosystems and escarpments including Mount Kenya and the pristine Aberdares, extreme drylands and of course a good selection of tropical habitat including Kakamega Forest, one of the top birding locations in Kenya. Animal wildlife is not a major focus, but still of great interest, and you will also see a great deal of big game, reptiles and amphibians as we travel.

We visit places and hotels which are well known to Heatherlea, in the company of top quality local Guides who equally are well-versed in our ways. You will find this a comfortable and professionally organised tour in excellent company!

During our rest stop in the Park we enjoy a picnic lunch as we add more birds to our list, and visit the important ivory-burning area, where the Kenyan Government makes a strong and highly visible stance against the ivory trade. Later we head to our hotel, check in and relax during the heat of the afternoon after a very busy day. Driving today 15km (30min). Overnight in Nairobi at the Eka Hotel.

We start the next day with a boat ride on Lake Baringo in search of water birds such as African Jacana, Black Crake, Goliath Heron, Little Bittern, Purple Heron and White-faced Whistling Duck. The boat ride will also help us enjoy the beauty of the lake and see local African Fish Eagles advertising their territories as they hunt. We return to the lodge for breakfast, then scout the local scrubland and nearby cliffs seeking birds we may have missed the previous day. After lunch, we relax for some time and later take another walk seeking nightjars and owls, among other birds. Two nights in Baringo, at Soi Lodge.

Day 11: Wed 7 December                         LAKE NAKURU NATIONAL PARK
We leave Kakamega for Nakuru, arriving by midday (180km 3.5hrs). We enjoy a lunch break and then have an afternoon game drive. The following day will see morning and afternoon sessions for birding, with a break in between for lunch and to relax.

Day 13: Fri 9 December        KINANGOP GRASSLANDS & ABERDARE NP
We leave early for a day trip to this highland region, carrying a picnic lunch. Part of the day will be spent in Aberdare National Park. This Park runs the expanse of a majestic mountain range on the eastern edge of the Rift Valley, and has a great stretch of alpine moorland vegetation, mainly above 3000m. This great landscape has led to the park’s nickname:- “The Majestic Moorland”. There is a thick tropical forest, with deep ravines and dissecting riverine gorges. At certain areas, these rivers form majestic waterfalls, which really must be seen! Home to many regional endemics, this area promises to be rewarding in terms of birdlife. Species include Aberdare Cisticola, Mountain Yellow Warbler, Cinnamon Bracken Warbler, Chestnut-throated Apalis, Brown Woodland Warbler, Abbott's Starling, Scarlet-tufted Sunbird, Malachite Sunbird, Moorland Chat, Black-fronted Bushshrike, Red-fronted Parrot, Yellow-crowned Canary, Yellow-bellied Waxbill, White-headed Wood-hoopoe, African Olive Pigeon, Jackson’s Francolin, Mountain Buzzard and Olive Ibis. Many other animals occupy this beautiful place and African Elephant, Cape Buffalo, Mountain Bongo, and Giant Forest Hog can be expected.

Day 14: Sat 10 December                            LAKE NAIVASHA TO NAIROBI
Today we begin with a morning walk around our lodge, then head for the lakeshore where waterbirds abound. We enjoy a boat ride here to reach more birds and enjoy the lake’s beauty, before enjoying a final lunch at Sopa and leaving for Nairobi, with birding on the way. We arrive in time to check-in and relax, then enjoy our final dinner. Driving today 115km (2hrs). We return to the comfortable Eka Hotel.

Free Field Guide! - 'The Birds of East Africa' by Terry Stevenson is included in your holiday price. One copy per room booked. 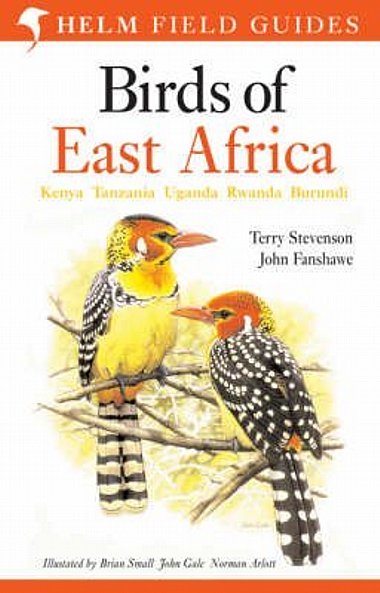 Accommodation is in excellent and friendy hotels and lodges, often located in areas with expansive views. Rooms are comfortable, clean and attractive with en-suite bathrooms. The hotel in Nairobi has been selected for its easy access to both the Airport and Nairobi National Park, other hotels have been chosen for their location, accommodation and food, which are universally very good, and often exceptional.

Food is usually plentiful. Breakfasts offer a good choice, with tea, coffee, juice, fruits, pancakes, egg of your choice and other things depending on location. Lunches are taken at hotels or somewhere in the bush depending on the day’s plan. Evening meals are at the accommodation with a full dinner. Vegetarian and other diets are always available.

Walking is easy throughout, but restricted in the national parks and game reserves.  This is no hindrance, as we will be safe and able to get up very close to many animals and birds. It is also important for safety reasons to stay close to if not inside the vehicle – remember we are not top of the food chain here!

Travel is by comfortable minibus, and all clients have a window seat. Tarmac roads make travelling much easier these days, though there are some 'marram' roads, which are both rough and dusty. Sometimes the wildlife we want to see is at the end of a dusty road! Roads around National Parks are likewise unmade, though we travel slowly here to maximise our chances of birding and game.

Weather will be warm to hot most days although it can sometimes be cool, especially at altitude and in the early mornings. You will probably experience 'dry heat', though rain is certainly possible. Most sites selected for this holiday are close to water and so should hold plenty of wildlife at the time of year we are visiting.

Insects There are very few biting insects at this time of the year, but general precautions are advised. Before travelling consult your doctor about suitable anti-malarial medication, and on arrival take adequate precautions against mosquito bites although you may not encounter mosquitos.

Clothing We recommend a mixture of light and warm clothing as temperatures will vary from place to place. Gloves and hat are advised especially when at altitude. Please bring waterproof clothing, it hopefully won't be needed but rain is possible at any time, even in the dry season.

Mark Warren
Mark is a very experienced birder, dedicated tour leader and busy guiding around the world. With extensive wildlife knowledge and boundless enthusiasm, many Heatherlea clients enjoy his tours! A qualified bird ringer, having held a BTO license for two decades, Mark has visited Kenya, contributing to research within the Tsavo National Park, and is looking forward to returning as a Heatherlea guide. 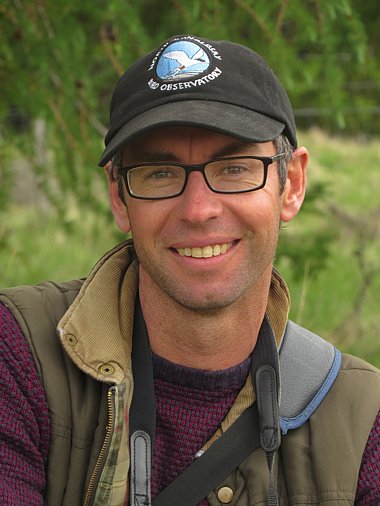 Washington Wachira
Washington has a taste for everything in nature, from the small to the big and everything in between. He is an experienced Safari Guide and was awarded the African Sustainable Tourism Fellowship Award in 2016. Washington is a member of the Kakamega Rainforest Tour Guides Association, and has led many birding trips and expeditions across the whole of East Africa. He is a passionate author, and has taken part in many bird related research and conservation projects.  He is also an experienced nature photographer and his photos have been featured in many international books and magazines.

Wilson Tiren
Wilson was born in Kenya, and is one of the leading authorities on bird identification and distribution in the Baringo region. Wilson enjoys birding just as he enjoys leading birding tours, and brings vast experience in bird spotting and identification. He has taken part in expeditions to many other parts of Kenya, and his interests span to other aspects of flora and fauna. Wilson is a passionate nature photographer and his passion and jovial mood in the field has made him a clients’ favourite.

Either Washington or Wilson will be our local Guide. 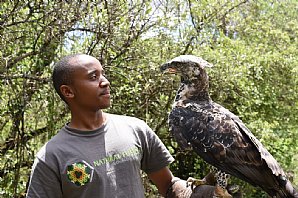 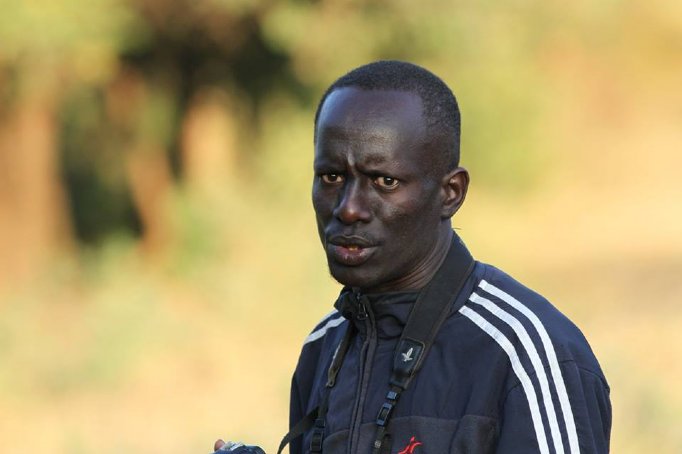 Other birding and wildlife holidays in Kenya