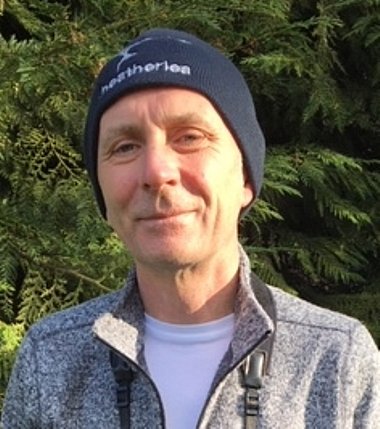 Originally from Barnsley in South Yorkshire, Dave now lives in East Yorkshire, and alongside guiding bird tours works as a Consultant Ornithologist, undertaking bird surveys, bird monitoring and research from Scotland to Kent, Wales to Norfolk and many points in-between.

He studied Ornithology at the University of Birmingham and Ornithology and Countryside Management at Bishop Burton College in East Yorkshire, and worked for the Peak District National Park Authority as Peak Birds Project Officer from 2009-2011. Since 2009 he has also been involved in the conservation and monitoring of upland breeding waders, and other bird species, in the Dark Peak region of the Peak District, and recently co-authored a breeding bird atlas covering a large part of South Yorkshire and part of West Yorkshire, published in 2018.

Birding since the early 1970s, he has travelled widely throughout Britain in search of birds, often in the pursuit of rarities, and has a particular interest in bird migration. He has also spent time birding in Europe, Asia, the Middle East, North America, Australia, Africa and the Caribbean, especially enjoying birding along the Yorkshire coast, on Lewis and Harris in the Outer Hebrides, around Varanger in northern Norway and in Hong Kong. Outside work and birding, his interests include music, playing the drums and football.