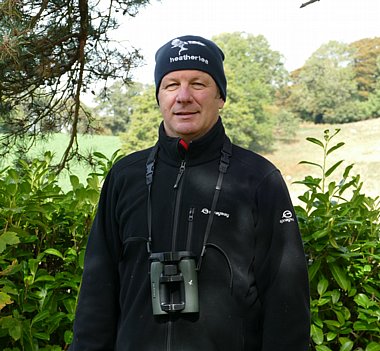 Barry has a lifelong interest in wildlife, particularly birds and nature conservation. After living in Australia, he moved to the Forest of Dean and Wye Valley area working as a Conservation Ranger with the Forestry Commission, and later the RSPB, where he built an extensive knowledge of the area and its wildlife.

A keen birdwatcher and naturalist at home and abroad, both as a guide and sometimes as a backpacking traveller, Barry is well travelled around the world, and has recently been nature guiding in Antarctica. A favourite birding destination is Australia, where he lived and worked as a lumberjack, and he saw many fabulous bird species there, including his favourite bird of all time, the flightless Cassowary.

Barry has enjoyed many trips to the Highlands and Islands of Scotland, and spent a summer as RSPB warden on Handa. He has a deep affection and for Scotland and its wildlife, particularly its birds. Barry looks forward to welcoming you on Heatherlea tours, in Scotland, England and hopefully further afield!