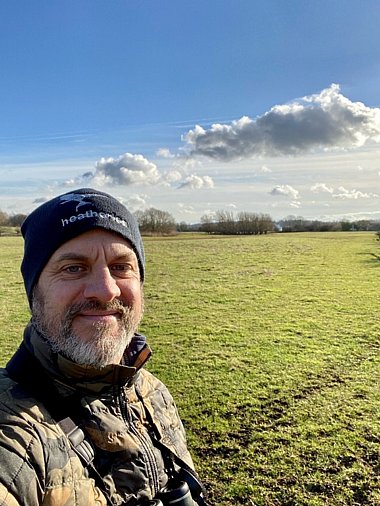 Ed grew up partly in East Anglia and partly in the Middle East, infusing his early interest in all things natural with an element of the exotic. He has certainly been drawn back to deserts ever since. After a decade-long career as a sommelier (guests will not be left wanting for wine recommendations in his company), he dipped his toe in the conservation world, especially with the RSPB and the BTO.

Always a keen writer, Ed is now an established contributor to Bird Watching, Birdwatch and the RSPB’s Nature’s Home magazines. A birder at heart, in recent years botany has come to the fore and he is currently obsessed with all manner of flora. However, he is interested in all wildlife and has a voracious appetite for learning about a subject that requires more than a lifetime to do justice.

Ed wears many other hats, whether its conducting freelance fieldwork or providing tutoring to the FSC. He is particularly enthusiastic about East Africa, India and the Middle East. As for birds, raptors are the first group he will turn to in a new field guide. And with an enduring interest in architecture and history, he is just as likely to be pointing out fascinating buildings, as well as the local wildlife!